The Essential Guide to Amazon SQS Boris Tane
Founder at Baselime
This guide covers the essentials of Amazon SQS, the fully managed message queueing service provided by AWS. We will outline its benefits and limitations, its pricing in human terms, and compare it with other managed messaging services available on AWS. 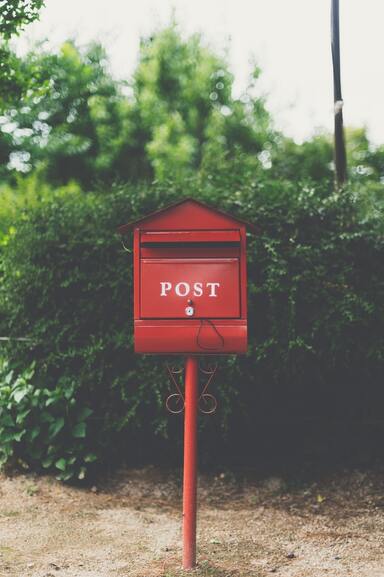 Amazon SQS (Simple Queue Service) is one of my favourite services on Amazon Web Services. It is a fully managed and serverless queueing service: you do not need to provision and maintain your own servers for a highly available and scalable message queueing system.

SQS queues are distributed across multiple availability zones within the same AWS region to ensure high availability. They work well for exchanging messages between applications in cloud architectures thanks to the HTTP API SQS exposes, over which applications can send and read messages.

There are two types of queues in SQS: 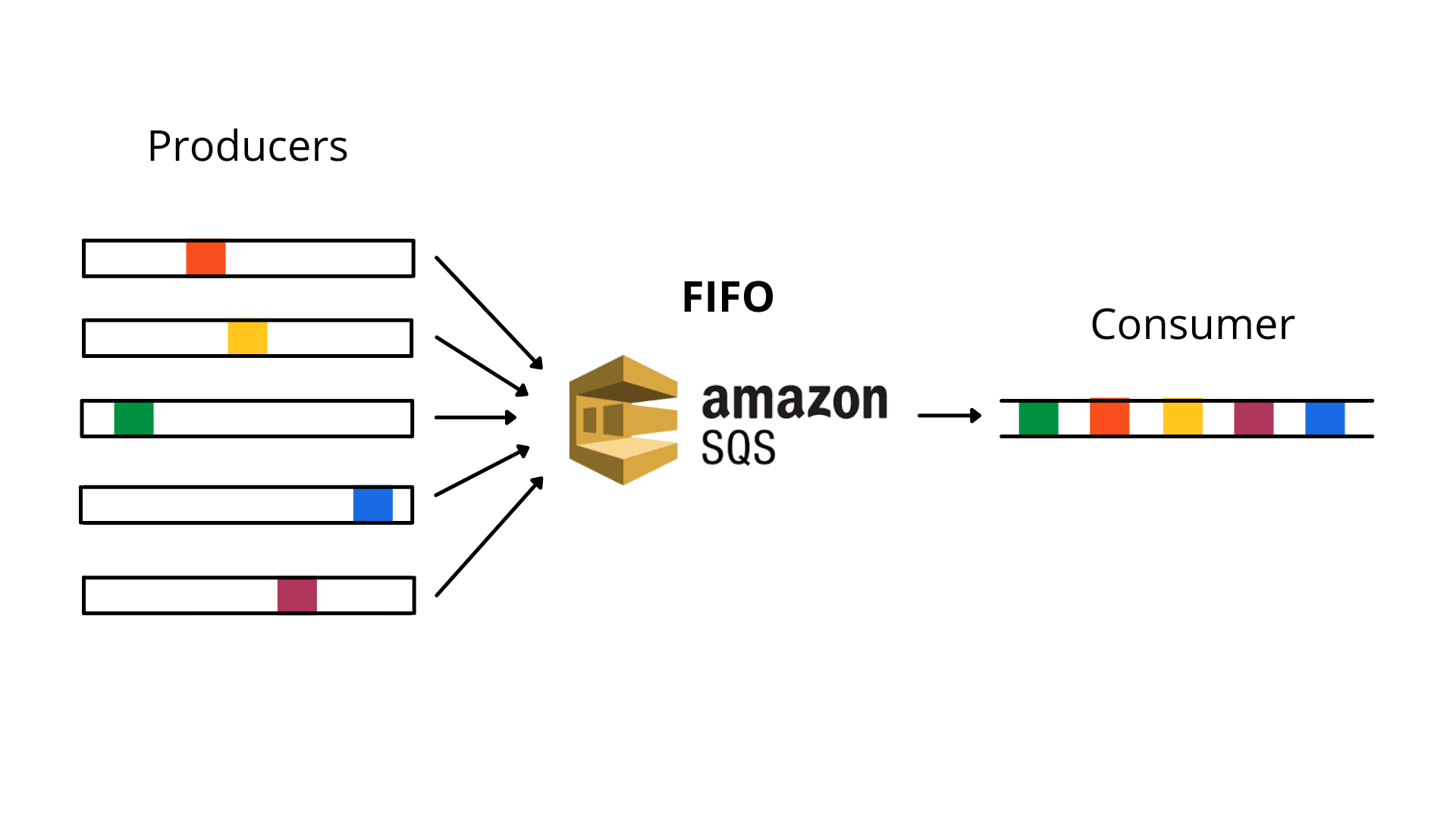 You can create queues through the AWS console, the SQS HTTP API (using the CLI or the SDK) or with your favourite Infrastructure as Code solution.

Once a queue is created, SQS returns a queue URL in the format https://sqs.<REGION>.amazonaws.com/<AWS_ACCOUNT>/<QUEUE_NAME>.

The queue URL is necessary to send messages to, and to receive messages from the queue. The same HTTP API is used to interface with both standard and FIFO queues. A single queue can have multiple producers and multiple consumers, and each message will be processed at least once for Standard queues, and exactly once for FIFO queues.

Contrary to common belief, SQS consumers follow a pull delivery system, rather than a push delivery system. Consumers have to poll messages from SQS. When a message is successfully processed by a consumer, the consumer must delete it from the queue. 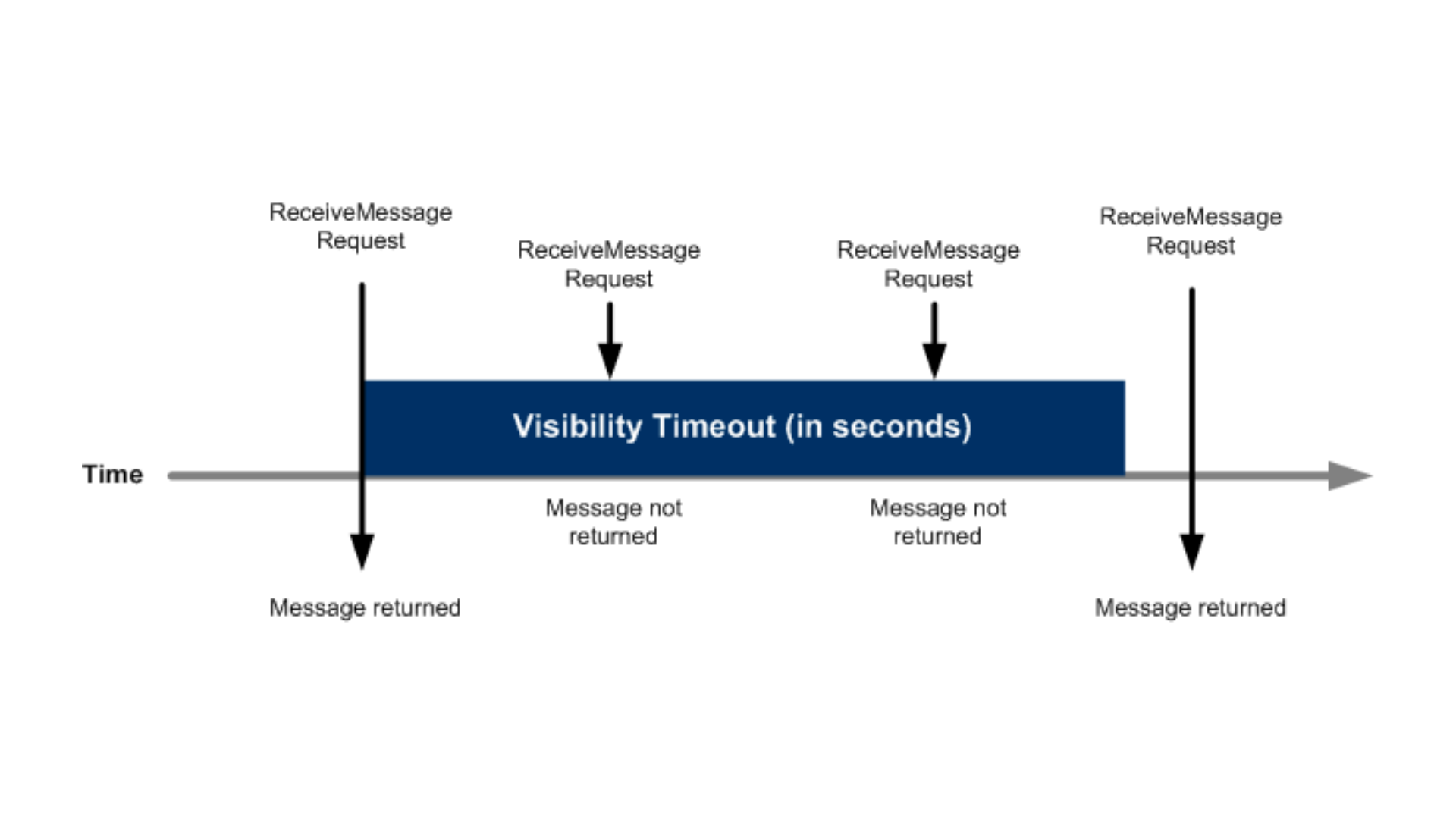 A common trick for near-real-time applications is to enable long polling on SQS queues and process messages in batches. Long polling sets SQS to wait a user-defined period of time before messages sent to a queue become available to consumers. Messages received within this timeframe can be processed in batches, up to 10 messages per batch.

Additionally, a producer can send messages with associated metadata attributes which are a set of key-value pairs which can be used by consumers to handle the message in a particular way without having to process the message body first.

SQS fits in within the wider AWS Serverless Ecosystem, as the preferred queuing service. A very common use-case is to trigger a Lambda function when a message is sent to a queue. But SQS integrations are not limited to Lambda functions: 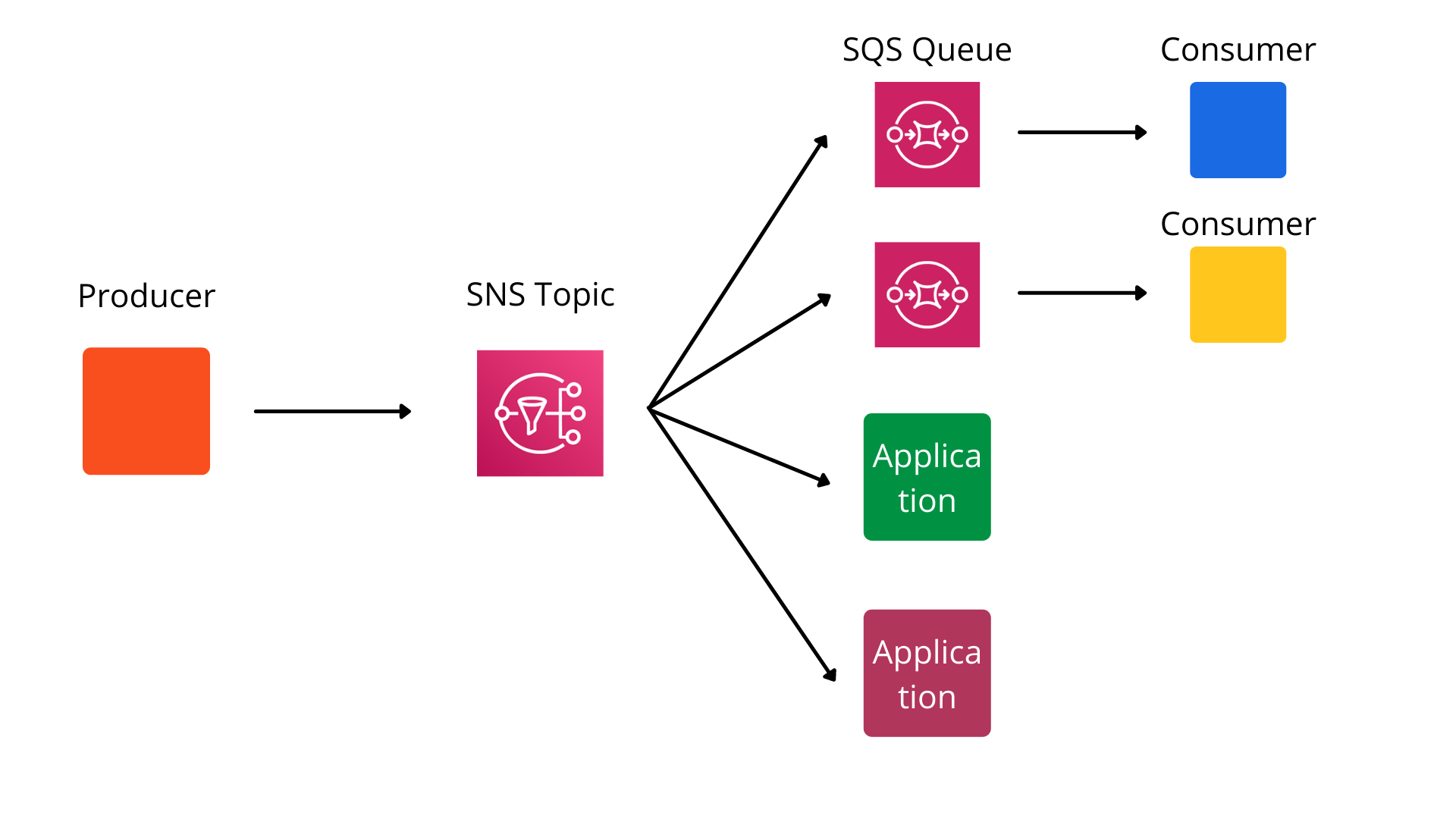 And the teams at AWS are continuously adding new integrations.

Thanks to these native integrations, SQS is one of the cornerstones of serverless and event-driven architectures on AWS. It helps in the effort to connect together multiple various services to achieve a business need with very minimal application code.

Outside of the above integrations, any service, whether in AWS or not, can send and/or receive messages from SQS through its HTTP API.

The Curious Case of the SQS <-> Lambda Integration

However, the Lambda service handles the polling in a very specific way which developers should know in order to avoid bugs.

For standard queues, Lambda starts long polling with five parallel connections. When messages become available, each polling connection grabs a batch of messages from the SQS queue and passes it to one lambda function instance, or a maximum of 5 concurrent invocations. If there are still messages in the queue, Lambda increases the number of polling processes by up to 60 more instances every minute. Also, Lambda is limited by the maximum number of simultaneous batches that can be processed from an event source mapping.

For FIFO queues, Lambda ensures that messages are sent to your function in the same order as it receives them. The messages are sorted into groups and sent only one batch at a time for a group. If an error occurs in the processing by your function, all retries are attempted on the affected messages before Lambda receives additional messages from the same group. 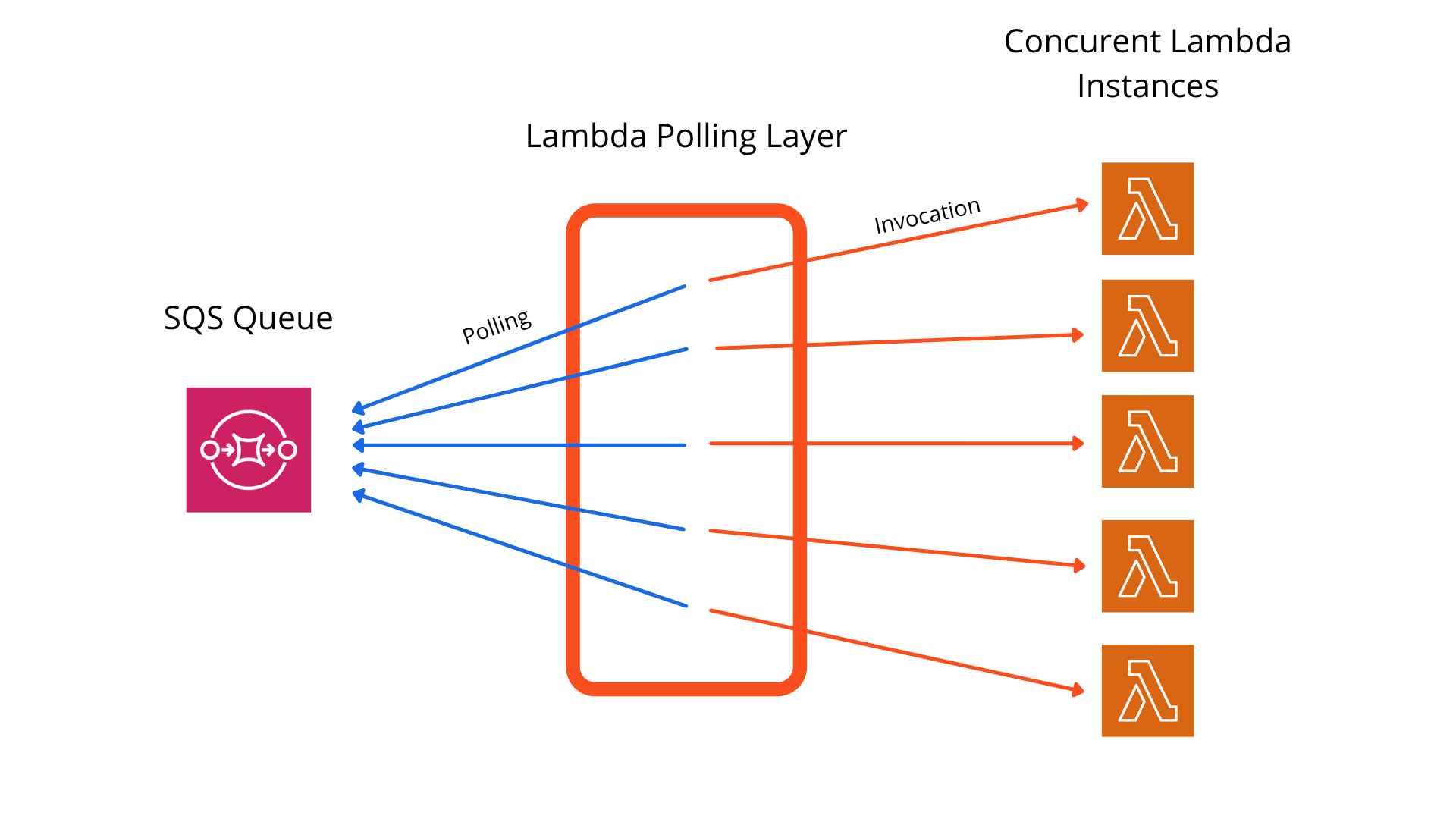 Secondly, the auto-scaling of Lambda instances is not correlated with your function concurrency. If your function keeps receiving messages when it has reached its concurrency limit, new messages will be throttled. These messages will be back in the queue at the end of their visibility timeout, but if this happens multiple times and exceeds the queue redrive policy, the messages might never be successfully processed and be dropped, or sent to the dead-letter queue.

The official recommendations from AWS are:

As with almost everything in the cloud, Amazon SQS comes with a lot of "gotchas".

SQS message payloads are limited to 256KB. If sending messages in batch, the total size of the whole batch should not exceed 256KB. To send messages larger than 256KB, JAVA developers can use the Amazon SQS Extended Client Library for Java which stores the payload in Amazon S3 and sends a reference to the S3 object through SQS. For other programming languages, users can write custom code achieving similar functionality. However, if you're using a queue as a trigger for a Lambda function, the total size of a batch can exceed 256KB, but must be within the 6MB payload limit for synchronous Lambda invocations.

Standard queues support a near unlimited number of transactions per second, but FIFO queues by default support a maximum of 300 messages per second (3,000 per second if batching messages in batches of 10).

You can configure your queue visibility timeout, either at the queue level or at a more granular message level as well. The default visibility timeout is 30 seconds, and it can be set to a minimum of 0 seconds and a maximum of 12 hours.

Long polling time can be increased to a maximum of 20 seconds, and the retention period for messages in queues must be between 60 seconds 14 days.

For some applications, it is necessary to introduce a delay between when a message is produced and the moment it becomes visible to consumers. SQS provides a queue delay, which can be set to postpone the delivery of messages to consumers after they are sent to a queue. The default and minimum queue delay is 0 seconds and can be increased to up to 15 minutes. 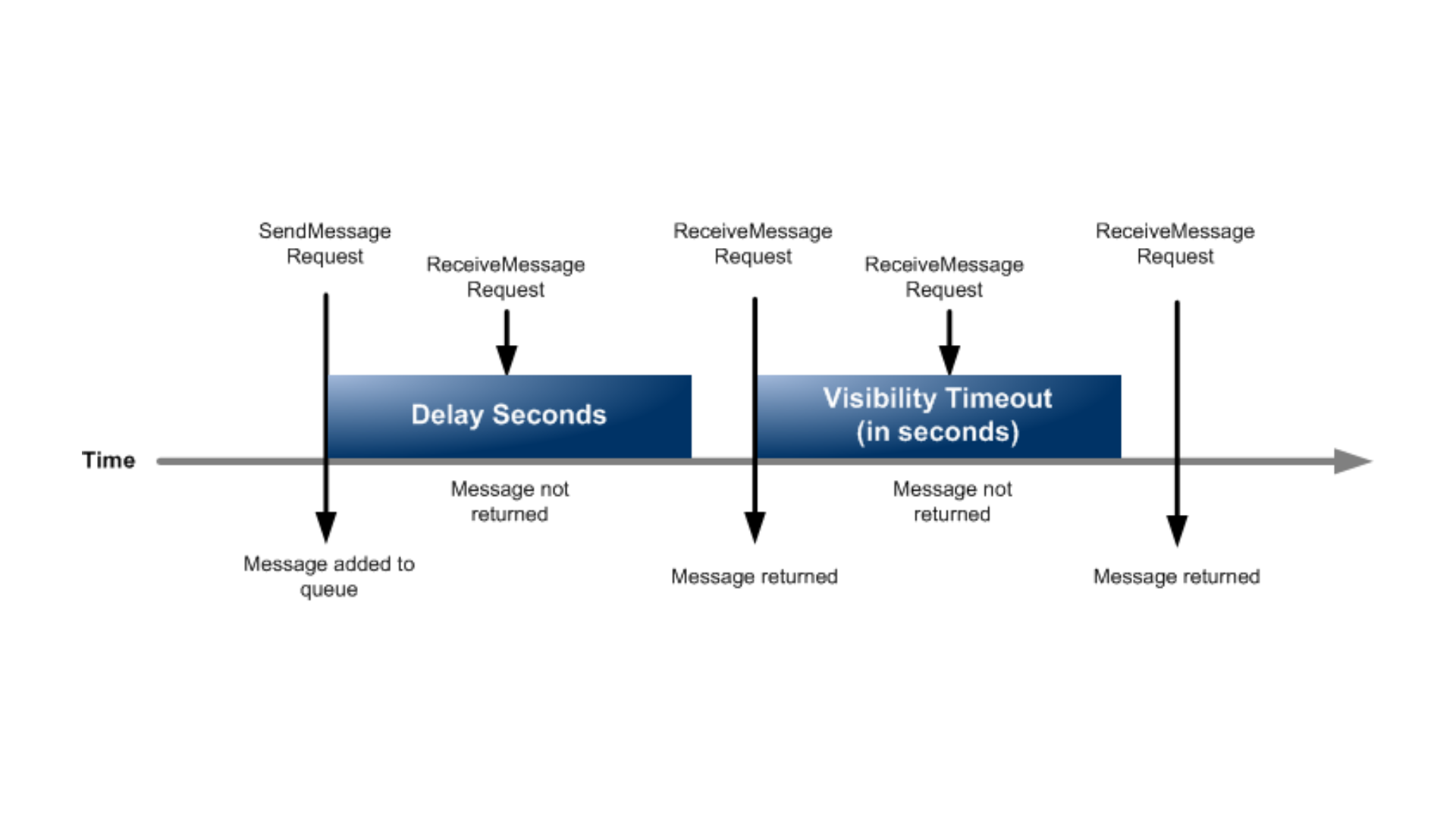 Amazon SQS is part of the AWS Free Tier. All AWS accounts get 1 million SQS requests per month for free, even when the account is older than 12 months.

When an account has exhausted its free tier, you pay only for what you use with no minimum fee.

An SQS request is any action with a payload of at most 64KB. An action is any operation completed with the SQS HTTP API; sending, receiving or deleting a message each count as one action. As such sending a message with the maximum payload size of 256KB constitutes 4 requests (each request accounting for 64KB).

If you exclusively process messages smaller than 64KB, each successful message will incur charges for a minimum of 3 requests (sending, receiving and deleting).

The following table outlines pricing for accounts sending between 1 million and 100 billion requests per month in eu-west-1. Please refer to the official documentation for higher quotas and different regions.

The following table outlines pricing for the first 9.999TB of data transferred within eu-west-1. Please refer to the official documentation for higher quotas and different regions.

Let's say your application is made of two modules (a producer and a consumer), which communicate through SQS. Every day, the producer sends 10,000,000 messages to the consumer throughout the day and at regular intervals. We assume that you are not batching messages and that every poll to SQS returns a single message.

Additionally, Each message is between 65KB and 127KB. Let's assume you're using a standard queue, and both the producer and the consumer are EC2 instances within the same region as your SQS queue. Also, we assume that all messages are processed successfully on the first attempt and that your account has already exceeded its free tier limits.

In this scenario, for each message, your application is performing 3 actions to SQS:

Since each message is between 65KB and 127KB, you're performing 2 requests per action.

In order to optimise your SQS bill, you should aim at working within the same region and reducing the number of requests sent to SQS. There are multiple ways to achieve the latter, whilst keeping your functionality unchanged:

There are multiple managed messaging services within AWS and they all fit a specific set of use-cases.

Amazon SQS is a critical piece of event-driven and serverless architectures within the AWS ecosystem. Despite having "Simple" in its name, it takes a bit of learning to grasp all the nuances of SQS.

If you are adopting serverless and you're facing problems understanding how all the moving parts of your architecture work together, we'd love to have you try our beta. Try Observability as Code for serverless for free